Here's why you should avoid using GoDaddy

GoDaddy are the industry leaders when it comes to domain registration and website hosting but they have a bad reputation within the web development community. This article will explain some of the reasons for this bad reputation and some alternative companies you could go to instead.

GoDaddy are still popular due to the fact that they spend a huge amount of money on advertising, so when someone without much experience in buying domains or hosting is looking for a company to buy one or both of these from, GoDaddy's name is probably the first to spring to mind. GoDaddy's prices also appear to be low at first but you soon realise that this is because they will just charge you extra for things that other hosting providers may offer for free, so you could end up paying more in the long-run.

I'm a frequent reader of the web development subreddit and a few days ago I noticed this article by Igor Kromin which states that GoDaddy have been automatically opting-in users in the US to provide them with RUM (Real User Metrics) data. What this means is that they inject some JavaScript into their users' websites which is used to "measure and track the performance of your website, and collects information such as connection time and page load time" and send that data to GoDaddy.

The fact that GoDaddy do this without informing their customers about it first or even asking for their consent is bad business practice. On top of this, these scripts which GoDaddy claim are to help improve their systems actually will negatively impact the performance of any sites it's injected into and they actually acknowledge this in their help article.

GoDaddy's standard hosting packages are all shared server space, so you may be sharing that space with hundreds or possibly thousands of other sites which means that if another site on that server spikes in traffic then your site may suffer poorer performance for that time. Shared hosting is fine for smaller sites as it's affordable, it just means you'll be sacrificing some customisability and performance; but for only £0.89 more than GoDaddy's cheapest shared hosting package, you can get your own VPS from DigitalOcean which would provide more stability, higher performance and much more customisability. GoDaddy also offer some VPS options but their cheapest option is £8.11 more expensive than DigitalOcean and arguably not even as good as it uses HDD storage instead of SSD.

There are countless horror stories floating around the web about GoDaddy's poor customer service and I've even experienced it myself when I used to have hosting with them many years ago (before I knew any better)! The issue that made me move from GoDaddy and never look back was this: I had a website which was working perfectly fine, but one day whenever you tried to visit it, it would add a random string of characters to the end of the url (eg. www.example.com/TWedTZ/) which resulted in a blank page. After some time reading up on the issue and seeing if anyone else was experiencing the same thing, it appeared that it was an issue on GoDaddy's side and whenever users contacted support about it they seem clueless to the problem, say they've fixed it, then it turns out it's still broken.

There's also the time that a Twitter user had their $50,000 username stolen from them and GoDaddy (and PayPal) helped this happen. GoDaddy support required the last six digits of the card number associated with the account as a method of verifying the caller's identity. The attacker had already obtained the last four digits from PayPal support then GoDaddy allowed them to have unlimited attempts at guessing the other two digits. Once the attacker had access to the GoDaddy account they could gain access to the Twitter user's email and their Facebook account. The attacker used all of this to extort the Twitter user into handing over their username (@N).

GoDaddy charge their customers £43.99/yr (£54.99/yr after first year) for a basic SSL certificate which could be obtained from LetsEncrypt for free. We're not saying that they should necessarily provide the service for free, they are a business after all, but they certainly shouldn't be charging such an extortionate amount for some basic security which many of their competitors give their users for free.

Just a couple of extra points which aren't necessarily to do with the service that they provide but rather to do with their company morals.

In 2011, the CEO of GoDaddy, which at the time was Bob Parsons, posted a video of him shooting and killing an elephant in Zimbabwe. He stated "It’s one of the most beneficial and rewarding things I do.". PETA closed their account with GoDaddy following this incident and urged others to do the same.

SOPA is the Stop Online Piracy Act and was a very controversial topic as it threatened to censor the web. You can learn more about SOPA from this Khan Academy video. GoDaddy supported SOPA but due to a large public backlash they eventually revoked their support but said in their statement that they would possibly support a similar but better worded law. The backlash for GoDaddy supporting SOPA was so big that even Wikipedia moved their domains to a different registrar.

If you have some experience with setting up servers or know someone that does then a good option for your hosting would be either DigitalOcean or Amazon Web Services (AWS). They require a small amount of technical knowledge to get them set up, but they have great performance for a great price. If you'd rather some hosting which you don't need to spend much time setting up, then some good alternatives to GoDaddy are Bluehost (uses SSD storage and includes a free SSL certificate) or SiteGround (also uses SSD storage and a free SSL certificate).

For domain registration, a couple of good options are Google Domains or NameCheap. 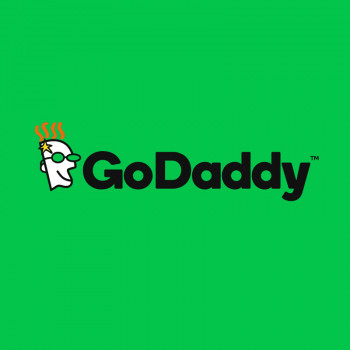 Our process for creating your shiny new site